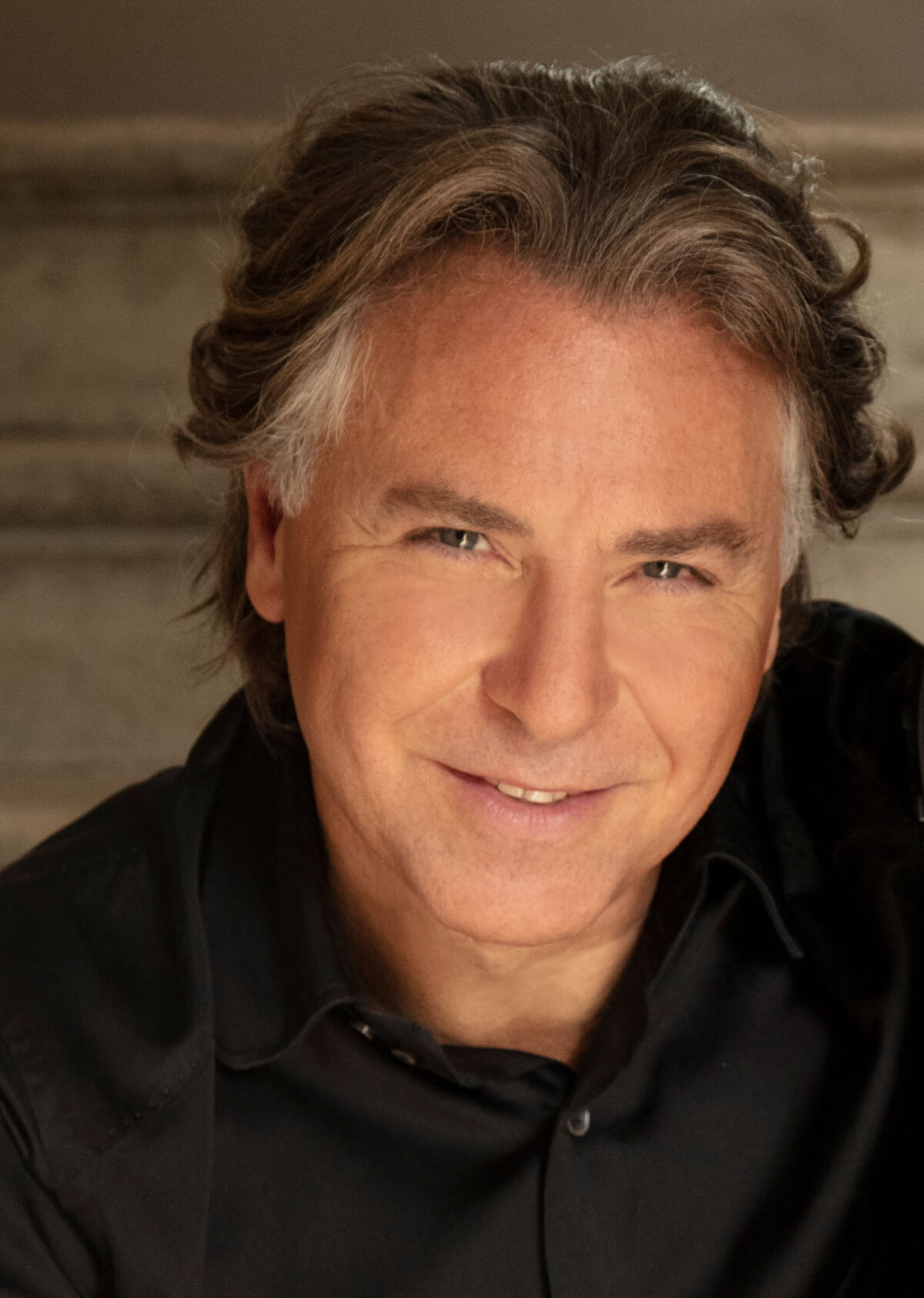 In his over 30-year career, French-Sicilian tenor Roberto Alagna has added over sixty roles to his repertoire: Alfredo, Calaf,  Canio, Cavaradossi, Don Carlo(s), Don Jose, Faust, Lohengrin, Manrico, Maurizio, Nemorino, Otello, Pinkerton, Radames, Rodolfo, Romeo, Ruggero, Samson, Turiddu, Werther..., all in performances which have made him the most famous French tenor in the world. Also, his taste for exploration has shown his love for lesser-known repertory, via productions, concerts and recordings he championed such as Massenet's Le jongleur de Notre-Dame, Le Cid or La Navarraise, Lalo's Fiesque, Zandonai's Francesca da Rimini, Puccini's Gianni Schicchi, Chausson's Le roi Arthus or L’enfant prodigue by Debussy. He sang as well in Meyerbeer's Vasco da Gama, a very rarely staged critical edition of L'Africaine and a flamboyant Cyrano de Bergerac by Alfano in its original version of 1935, recently revived at the Met Opera (2017). Even two contemporary operas have been composed especially for him, Vladimir Cosma's Marius et Fanny, after Marcel Pagnol, and Le dernier jour d'un condamné, after Victor Hugo, which was composed by David Alagna and staged for the first time in France in 2014.

Exclusive artist with EMI (1993–2004) then Deutsche Grammophon (2005-2017), he has signed in 2017 with Sony Classical. With recordings for Erato, Sony, EMI, Warner or Deutsche Grammophon, his discography covers a wide range, one of the richest that exists: complete sets, duets, oratorios, operas, anthologies of great works, religious and popular songs. Credo, Viva Opéra, Airs de Berlioz, Bel canto, Robertissimo, Luis Mariano, Sicilian, Pasión are some of his numerous albums, reflecting the eclecticism of his career. He was praised for his album released in late 2014, My life is an Opera, a moving recital of arias and duets illustrating his career and his life. In fall 2016, he brought out a songs' album, Malèna, offering original creations as well as reinterpreted great Neapolitan classics. In October 2018, Warner released a full recording of La Navarraise by Massenet and Sony released his first duets album fully dedicated to Puccini, recorded with soprano Aleksandra Kurzak. His most recent albums released on Sony Classical are Caruso 1873 - a tribute to tenor Caruso and Le Chanteur – a record fully dedicated to the great French Chanson.

Alagna appears widely on DVD as well. Films have also solicited him, for director Benoît Jacquot's Tosca or for Barbara Willis Sweete’s Romeo et Juliette. Going off the beaten path, constantly exploring new grounds and ideas - on disc, on stage and on tour, Alagna clearly revealed his desire to give his audience more and to feed his appetite for permanent search and creation. He more than once reiterated the experience of creating brand-new concert programs across the world, blending various genres and showcasing his unique ability to keep his tenor instrument true to the style of what he is singing. He also appeared regularly on French TV, in special programs or dedicated musical shows, in the preparation of which he is involved. He even picked up his own pen in 2018 to write his « Personal Dictionary » and is preparing to embody the famous AL CAPONE in a musical composed for him by Jean-Félix Lalanne.

On the operatic stage, over the last 4 years, he further expands his repertoire with several new roles, e.g. Des Grieux (Manon Lescaut), Azaël, Eleazar or Rodolfo in Luisa Miller in concert in Monte-Carlo. He made his debut as Samson in Saint-Saëns‘s Samson et Dalila in Vienna in 2018, opened the Metropolitan Opera’s following season with it and took it again at the Chorégies d’Orange in 2021. After having sung his 100th performance at the Opera de Paris as Otello, Roberto Alagna sang as well his 100th performance at the Royal Opera House as Andrea Chenier in May 2019. In early 2020, he stepped back into an acclaimed revival of La Bohème at the Metropolitan Opera – 24 years later and 30 years after his debut as Rodolfo. In late 2020 in Berlin, he made great debuts in the Wagnerian repertoire, as the title role in Lohengrin, which he will sing again in April 2022 in Berlin. In August 2021 he appeared for the first time at the Arena di Verona for two double performances as Turiddu and Canio. Late 2021/early 2022, he performed in Paris in solo recitals at the Salle Gaveau and for the opening of the UNESCO Week of Sound 2022 of which he was the patron, then in duo recitals with Aleksandra Kurzak at the Bozar Brussels and at the Philharmonie de Paris. At the same time, he was called by the Opéra National de Paris for a replacement in Massenet's Manon and took up the challenge of returning to the role of the Chevalier, which he had not performed for 11 years. He continues in New York with 4 performances of Tosca in March 2022. Next seasons, further role debuts are expected such as Loris Ipanov in Giordano’s Fedora, which will mark his return to Teatro Alla Scala.